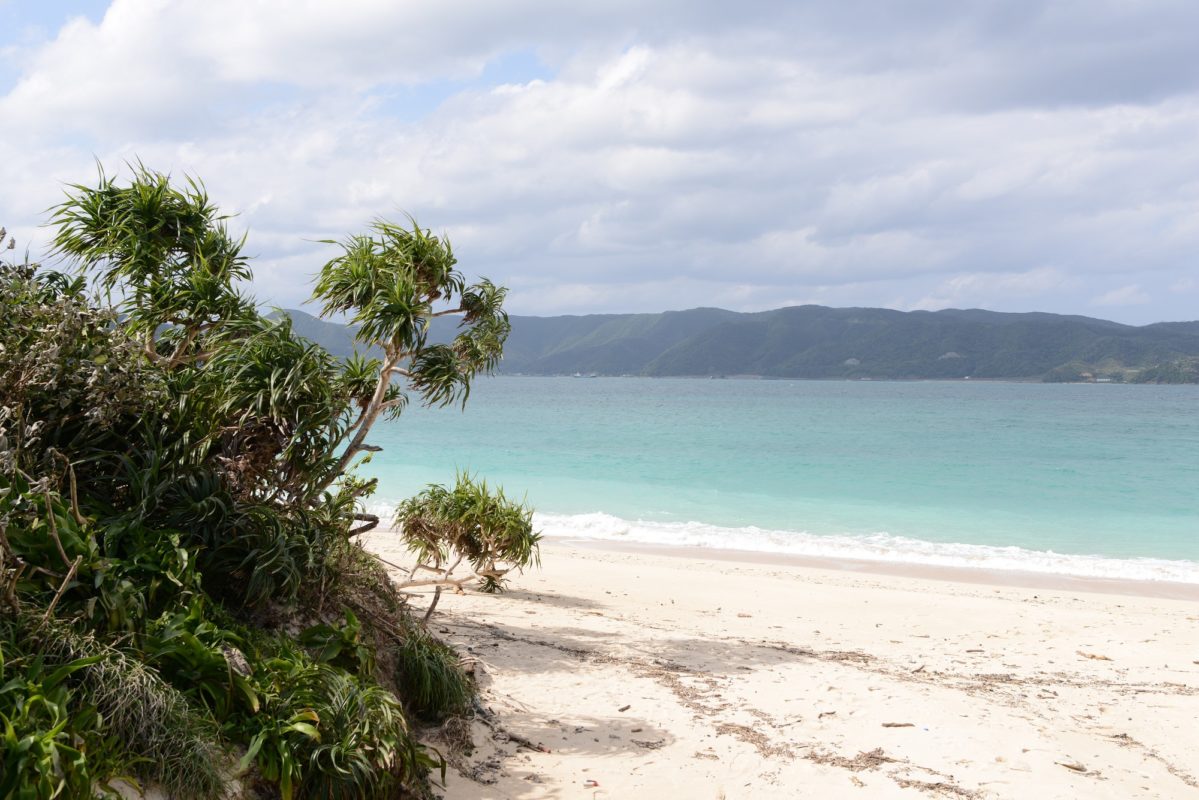 Some of you may be wondering, “What is Nankai Shochu’s origin story?” In truth, you’re not really asking.  We just want to tell you.  At any rate, the question should really be “how did a drunken honeymoon change into a family business importing and selling Japanese craft spirits?” But, that is neither founderly nor very SEO-friendly.

Nankai Shochu’s origin story began when Mai and I journeyed to the Amami Islands, Japan in the spring of 2015 for our honeymoon. Her mother and father are both originally from there, and as part of his job working for the prefecture, the family was required to live on many of the islands that make up the Amami archipelago.

We thought it’d be nice to visit her roots, except we chose the cheapest time to fly there. It was the most off-season of off-season times to visit.  You see, the Amami Islands are known for a few things, the most popular of which is their glorious summer with crystal blue waters. But cheap flights translate to crappy weather, completely unsuitable for scuba diving or surfing or my favorite beach activity, sleeping in hammocks. As it so happened, this was fate, for we would instead focus on some of Amami’s other attractions: sugarcane and the Japanese distilled spirit known as shochu.

One night in a bar on Okinoerabu, one of the smaller Amami islands, Mai and I decided to drink samples from every “black sugar,” or kokuto, shochu, a local specialty. While most shochus in Japan are made from sweet potato, barley, or rice, Amami produces a worthy version made from their most famous crop, refined premium sugarcane.

It wasn’t long before a group of old regulars approached us, curious about our tendencies to converse in a mix of English and Japanese. I explained our mission, which was to try every Amami shochu. One of the men, a gentleman by the name of Gen, cut me off, saying, “If you’re going to drink anything, just drink this,” and handed an intimidating 1.5-liter bottle of Sato no Akebono to us. To be entirely dramatic, that was the moment our life changed.

Mai and I were utterly blown away by how smooth it was, how easy it was to drink, how deliciously nuanced its flavors and aromas. We ended up finishing that enormous bottle between the two of us. We thanked the men and walked back to our hotel in a drunken stupor. Enchanted (or distracted momentarily) by the cacophony of chirping crickets, we sat down in the middle of the road. Eventually we laid down and took photos of ourselves, laughing that we were like the drunk businessmen in Tokyo that famously fell asleep on the streets. Because we were.

The next morning Mai and I woke up hangover-free and completely refreshed, still enamored by the shochu we drank. It was then that Mai discovered a business card among her things. It belonged to Gen, and she suddenly remembered that he had offered to introduce us to the makers of Sato no Akebono.  We smiled excitedly, both thinking the same thing (or so I’d like the official record of Nankai Shochu’s origin story to be), and we booked a 12-hour boat ride to Amami Oshima where we would meet our future distillery partner.

Kabocha Milk Punch is our fall cocktail 🍂 and h

We’re delighted to announce that Nankai Gold has

October 2021. It’s getting chillier and so we wa

Myoga, or Japanese ginger, is a perennial plant fo