What is Shochu: Japan’s National Spirit 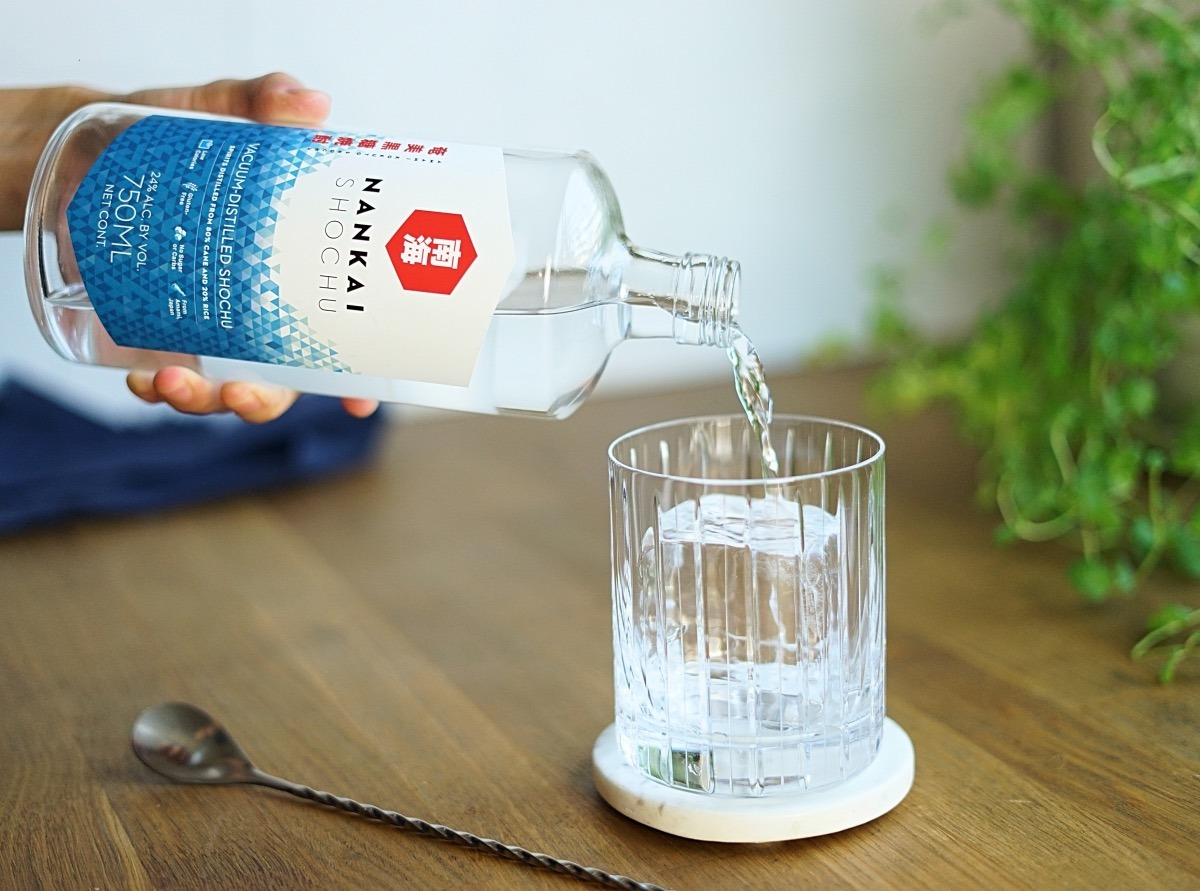 What is Shochu exactly?  Shochu (pronounced “show-chew”) is a Japanese distilled spirit with alcohol by volume of no more than 45% and made from a variety of ingredients, but commonly rice, sweet potato, barley, or kokuto (“black sugar”).  While that’s the simple and legal definition, it doesn’t do it justice. It also doesn’t begin to explain why we at Nankai are so passionate about sharing this amazing craft spirit with as many people as possible.

Starting with the basics, there are two types of shochu: “otsurui” (also known as “honkaku” or genuine) and “korui.” Korui is more like Korean soju or vodka in its production method. Therefore, for the purpose of this article, we will focus on the artisanal honkaku/genuine shochu.

What makes genuine shochu beautiful and complex is also what makes it entirely unique from all other spirits. The two main and vital distinctions:

The single-distillation combined with koji-fermentation creates a craft spirit unlike any other. Pure, flavorful, all-natural, and healthy.

A Brief Look at Shochu’s History

Shochu’s history goes back at least 500 years. The word itself was first discovered on a wooden tag from 1559 where a worker complained that a priest was stingy for not sharing his shochu. We agree the priest was stingy, though the worker shouldn’t have posted his compaint in the social media equivalent of their time. As to how shochu first arrived in Japan, there are a number of theories including trade routes from Korea and China.

The most popular version theory, however, is that the Ryukyu Kingdom (now known as Okinawa) loved all alcoholic drinks, had discovered distilled spirits via their expansive trading, and eventually brought the technology home from Thailand. This gave birth to awamori, the Okinawan distilled spirit that uses black koji and Thai rice.

From there, distillation techniques traveled to Amami Oshima (where our distillery is located). From there, it went to Kyushu, where the largest number of distilleries are now located. In all, there are over 600 shochu distilleries in Japan, which is half the number of sake breweries. This is especially interesting since shochu has outsold sake by a factor of two for the last couple of decades.

Shochu is not vodka or soju or sake even

In our haste to explain what shochu is during events, sometimes we cheat and say, “It’s like Japanese vodka.” We hate ourselves for it. It’s wrong, it’s lazy, and we know it.

Shochu is not vodka at all. They’re both distilled and clear, but the similarities end there. Shochu uses koji in its fermentation, which provides incredible umami-rich flavors. Shochu also prides itself on its single distillation method, which requires the highest grade of ingredients and imparts incredible all-natural flavors. On the other hand, vodka is multi-distilled, and the flavors are added.

Genuine shochu is not soju either. They both use the same Chinese characters meaning “burnt liquor” (焼酎) but popular mass-produced soju is closer to vodka than shochu. When distilling rice became banned during the Korean War, soju production switched to alternative cheaper grains and continuous distillation methods. To be transparent, mass-produced commercial shochu (korui) IS like soju, so that’s confusing. That’s why shochu evangelists like ourselves tend to avoid talking about korui. It’s hard enough to explain genuine shochu as it is.

Also, being full-flavored, shochu is enjoyed at 24-25% ABV, which is weaker than vodka and stronger than wine. The upside is that other spirits have 60 calories per ounce while shochu only has 39 calories.

So what about sake?

In the United States, sake is the most well-known Japanese alcohol import and is synonymous with sushi food pairings. Rice and koji also make up sake’s main ingredients. So, it’s no surprise then that many people mistake shochu for stronger sake. However, because of their differing production methods, sake is to shochu what beer is to whisky.

In Japan, shochu outsells sake by almost double the volume in Japan. There are many reasons for this.

The beauty of shochu led to why we started Nankai.  You can’t argue why shochu is Japan’s national spirit. Single-distilled and handcrafted by artisans, shochu is as complex as whisky, as versatile in cocktails as vodka, and as food-friendly as wine. When you consider that shochu does not have carbs/sugars and is lower in calories per serving than other alcohol, the answer is clear to, “What is shochu?” If you drink, it’s what you should be drinking.

Want to find Nankai? Click on our map to find stores and online retailers.

When we first started Nankai Shochu, we certainly

Ume season is back, which can only mean… time to

Many of our cocktail creations are a result of rec

Introducing Nankai White Oak! We are the ecstatic