Home » Blog » The Difference between Shochu and Sake

The Difference between Shochu and Sake 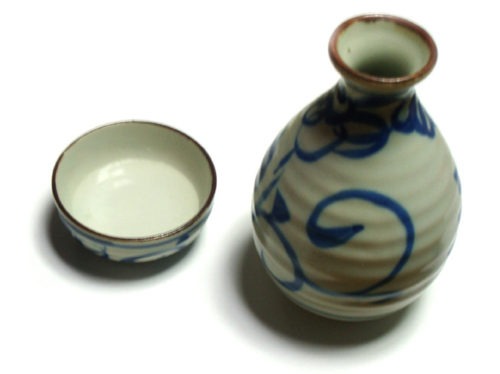 When someone hears that shochu is a “japanese distilled spirit,” the first thing they usually ask is, “So, what’s the difference between shochu and sake?”

It’s an understandable question since most Americans have heard of or tasted sake (referred to as nihonshu in Japan) and need some context when trying to understand shochu.

The easy answer is that shochu is distilled, like vodka, while sake is brewed, like beer. But along with some key distinctions, there are some commonalities (like, they’re both delicious). Let’s dive in and take a look at shochu vs sake.

Shochu and sake both use high quality ingredients in their production. Honkaku, or “genuine,” shochu like Nankai is single-distilled and draws flavor directly from the source grains.  Therefore, premium ingredients are an absolute must. Similarly, a sake’s flavor and aroma profiles are heavily influenced by the rice they use: type, quality, and amount of polish.

Both shochu and sake also use koji mold (Aspergillus oryzae) in the fermentation process. In fact, koji is so important to the process that it is sometimes said that a shochu maker is actually a koji maker.

Finally, sake is brewed like a beer while shochu is distilled. Shochu often goes through two fermentation stages in order to impart the source grain’s flavor and aroma before being distilled.

As a result of their differing production methods, shochu and sake are quite different in their alcohol content. Honkaku shochu is single-distilled to 43% ABV and then typically diluted to 25% ABV before bottling. Sake, on the other hand, usually caps at around 15-16% ABV since the koji doesn’t ferment beyond this.

One of the key differences between shochu and sake, and why shochu is logistically an easier product to sell, is aging.  Sake is meant to be enjoyed within a year of its release, while shochu is often aged in steel tanks or oak barrels to improve its flavor. Consequently, shochu can be stored for long periods of time while sake has a limited shelf life.

In the last decade, shochu sales has almost doubled sake sales in Japan. A key driver in this shochu vs sake shift has been due to the discovery of shochu’s high activation rate for urokinase enzymes, which can reduce the threat of blood clots, thrombosis, and strokes.

Another reason for its popularity is that shochu has 50% fewer calories than sake and no sugar or carbs.

Shochu and sake are both integral components to the dining experience in Japan, but not in the way that most people in the U.S. might think. In the U.S., shochu is all but unknown while sake is mainly paired with sushi and other Japanese cuisine.

Surprisingly, in Japan, sake isn’t traditionally paired with food. It’s mainly enjoyed as a palate cleanser between meals or on its own. Shochu, on the other hand, is often enjoyed with meals, which include seafood, grilled meats, and tapas.

Shochu’s range of profiles as well as the versatility in how it can be served makes it the next perfect contender for food pairing enthusiasts and sommeliers in the U.S.

In Japan, food and drink are inseparably connected

Our brand new Nankai White Oak is an incredibly we