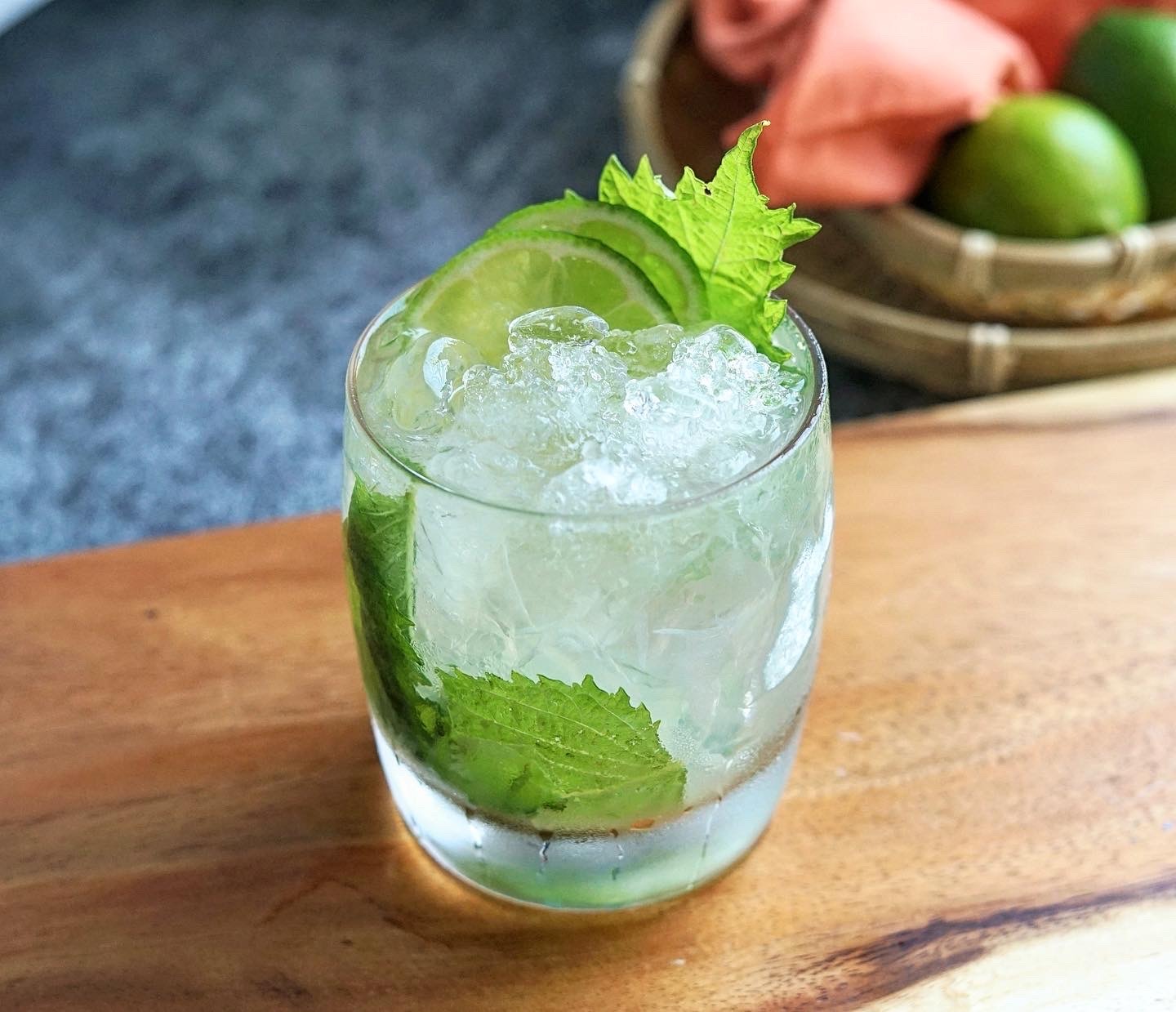 The Shiso-jito is really just a lower calorie Japanese mojito, which uses shiso leaves instead of mint leaves. It sounds delicious and summery right? It is, but there’s also another reason we created this cocktail recipe. It’s an opportunity for us to talk about three things: the mojito, kokuto shochu and rum, and shiso. Learning and drinking go hand-in-hand right? No? Ah well, you’re already here.

The Shiso-jito is our simple homage to perhaps the most famous and almighty Cuban cocktail, the mojito. The mojito is the quintessential Cuban highball, using rum, mint, soda water and sugar. Of course, Ernest Hemingway and his love for the Havana cocktail made it famous. Though historians debate its origins, the mojito contributed greatly to the Bacardi company’s early rise in popularity.

So why did we make a Japanese version of a mojito? It’s a simple connection. Nankai Shochu and Nankai Gold are both shochus made from kokuto sugar (Japanese “black sugar”), a pure, unrefined form of sugarcane juice. It contains molasses as well as all the minerals and vitamins naturally occurring in sugarcane. Hence, it has some connections to rum.

Rum can be produced in a variety of ways, depending on the country, making it complicated to define. At its most basic, rum is a spirit distilled from sugarcane or molasses and typically multi-distilled in column stills.

The key differences between rum and kokuto shochu lies in the fermentation and the distillation. Distillers make rum from a fermented mash of sugarcane or molasses, while shochu must start with a rice koji fermentation. Genuine (honkaku) shochu is also always single distilled whereas rum is typically multi-distilled. The agricultural rums produced by French-speaking areas are the closest in style to kokuto shochu. These agricole rums are made from sugarcane juice rather than molasses and tend to be more expensive as a result.

The Shiso-jito is a Japanese mojito simply because we switch out rum for kokuto shochu and mint for shiso. Mint is a popular ingredient in rum cocktails because its herbaceousness pairs well with it. Shiso, or the perilla leaf, is a popular and common herb used in Japanese cuisine. It provides a nice contrast to Nankai’s fruitier tones and is perfect for the mojito variation.

So, why drink a Shiso-jito instead of a mojito? A couple of reasons– first, a traditional mojito has over 250 calories and 25 grams of sugar. The Nankai Shiso-jito only has 111 calories and 7.5 grams of sugar. Part of the reason for the lower calories is because Nankai Shochu is only 24% ABV, and thus lower calories. But, Nankai Shochu also doesn’t need a lot of sugar to bring out the flavors of the alcohol, lime and shiso. The vacuum distillation of the Nankai also makes for an incredibly smooth and crisp drink, and you’ll find that this is also a great cocktail to pair food with. 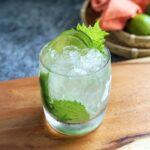 Pro-tip: You can also make a boozier version with Nankai Gold for a decadent Shiso-jito. It would add an additional 40 calories.

Happy Thanksgiving everyone! We’re thankful for

Nankai Shochu all started with a love story. Co-fo

I went on a sales pitch to @wildhawk_sf and met @s

Happy World Shochu Day from all of us here at Nank

It’s our 5-year Anniversary! Thank you all so m